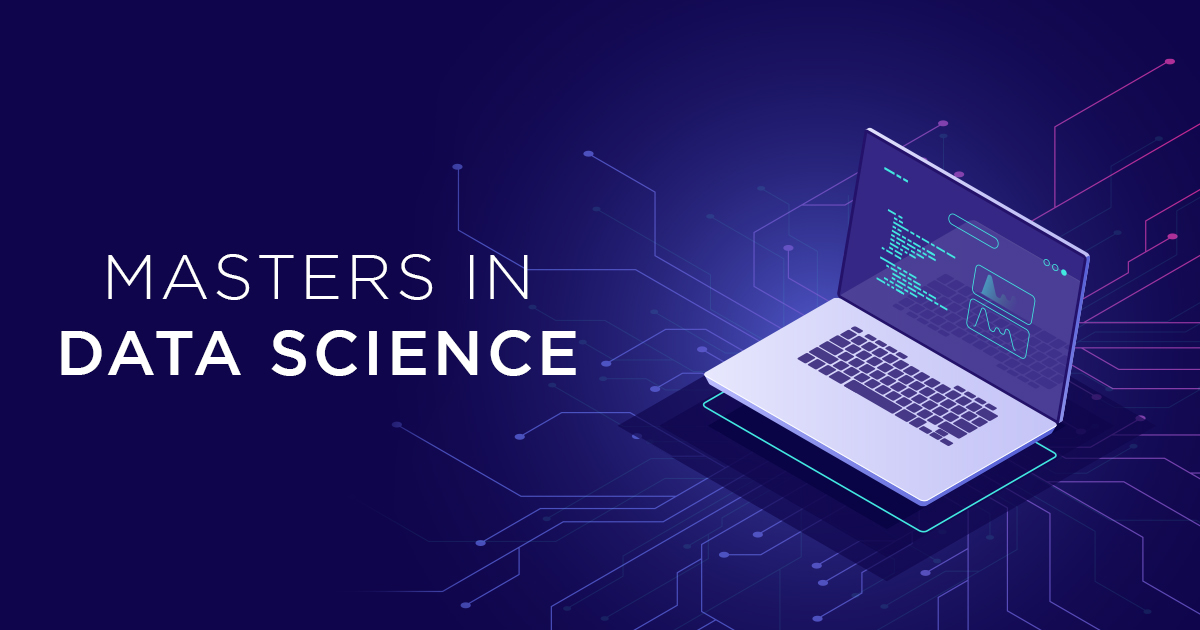 It’s not rare to hear about data science in various contexts these days, and it seems like the field is growing rapidly, thanks to its tight integration in certain industries. And while it’s true that it’s a very progressive field that has a lot to offer to those with a knack for it, it unfortunately also suffers from a similar problem to many other fields close to computer science – it provokes some people’s pipe-dreaming attitudes. Especially in the last couple of years, there seem to be many new students entering this field without a clear goal of why they want to explore it, only attracted by the promises of good salary prospects. Many of them tend to underestimate the associated workflow, which is why we’re also seeing such a staggering burnout rate in the field.

With all that in mind, if you’re wondering whether it’s worth pursuing a master’s in data science, there are some points that you’ll definitely need to consider.

A Combination of the Right Skills

Data science has many forms, but it ultimately comes down to working with large data sets, digging through them, and looking for patterns that can’t be detected with regular investigative techniques. This also means that you might often have to program your own tools for the job, or at least adapt already existing ones. On the other hand, you’ll need a fundamental understanding of statistics and some related fields if you want to make true progress.

Data science is not for everyone, because the number of people with a good enough overlap between these two major areas is not that great. Even if you’re good at one of those two, your progress might still suffer a lot due to what you’re lacking in the other. But of course, both programming and statistics are things that can be learned with enough time and dedication, so they’re ultimately not significant blockers.

Be Prepared for the Mathematical Aspect

Speaking of mathematics, you need to understand that the kind of maths that you’ll be dealing with in data science is quite dry and not usually very interesting to those not actively involved in the field. It’s often not even about numbers – if you want to make true progress in this field and work on actual new ideas, then you’ll probably find yourself proving a theorem or publishing a paper here and there. The workload can be significant just in that aspect alone, so don’t underestimate it.

Progressing Beyond the Master Level

We touched on this in the last section, but the harsh reality that some don’t want to face is that a master’s degree in data science or a related field is often just a stepping stone towards true progress in this career. In other words, you may want to consider the option of going up as far as a doctorate if you want to explore what data science truly has to offer. Sure, you can easily find stable, long-term work by just applying what others have researched before you, but many will tell you that half of the fun in data science comes from being able to explore such a complex field on your own, and to leave your mark in it. Whether you share these aspirations is a different story, but if you want to go that far, this is something you must plan at around the same time as you’re planning your master studies.

This kind of planning usually starts by choosing the right institution for your master’s (and bachelor’s, if you don’t already have one). Universities like Kettering have established a firm reputation in this field and seem to have a lot to offer – see here, for example. Make sure that you do enough research into this instead of just jumping at the first offer that comes your way.

Do You Have a Plan for It?

What do you want to do with your skills in data science exactly? Like programming, it’s something that’s very useful in multiple different fields, but you’ll likely need to start gravitating towards a specific one from early on if you want to maximize your potential. Between finances, healthcare, technology, psychology, engineering and so much more, there are plenty of options to pick from if you want to study data science and build a career in it. If you already have a degree in a specialized field, this could be a useful step up towards learning data science in that context. You’ll want to start specializing as early as possible because there are lots of details unique to each specific field that you’ll need to have a firm grasp of.

Data science is very popular now, and it seems to have good prospects for the coming years as well. But how solid is this opportunity in the long term, and is it something worth pursuing if you’re trying to build a career for life? The truth is that nobody knows for sure. It’s a bit ironic, too, because the main threat to data science seems to be the field itself – or rather, certain fields that it shares a lot with, such as artificial intelligence and machine learning. There is still a lot left to research in the field and plenty of progress to make. But there are also concerns that once we’ve established a baseline for the way things work, many parts of the field might start to see rapid automation. But in the end, that’s just one more reason why you should do your best to study the field as deeply as possible, instead of just learning how to become a user of popular tools.

The Synergy Between Data Science and Other Fields

What can you do with your skills in data science exactly? As we said above, there are many opportunities available at the moment, and it mostly boils down to what fields you yourself are interested in. Chances are that you’re going to find some kind of ongoing research related to data science in whatever area you choose. Healthcare is a major adopter of the field’s results, for example. Data science has proven very useful for in-depth analysis of the relationships between risk factors and cancer prevalence, finding effective cures and vaccines faster, and providing a more accurate diagnosis of patients.

In finance, data science has already enjoyed widespread adoption even before it became a buzzword. It’s very useful in market analysis, fraud prevention, customer service, and investments of all lengths. It will be interesting to see what else financial wizards can come up with that utilizes the potential of data science properly.

You also need to consider the state of the market and the availability of professionals working in data science. That’s another reason to prefer tight specialization, which requires a bit of research into the field in advance. There are more and more people entering data science and showing some level of aptitude for it, but the truth is that the market is only really saturated at the lower levels. Going up, where you start to deal with more research and less direct application of said research, you’re going to start facing less competition. That’s especially true if you’ve decided to go for the highest level of relevant education. But as we said earlier, this requires a lot of determination, and it’s not something everyone can pull off successfully. You need to carefully analyze your living situation and your future prospects before committing to something like this in the long term.

Another thing you need to understand about data science is that, as a rapidly evolving field, it requires constant attention and improvement. You can’t expect to finish your education and call it a day. In fact, getting your first real job in the field is where all the fun begins for most people. You’ll have to keep yourself regularly up to date on recent developments in data science and pay attention to different outlets for information on things like research papers, talks, conferences and more. While things might settle down some years into the future, we’re pretty far from that stage right now, and you need to approach this field as something that will require your constant ongoing attention, not just once in the beginning.

If all of that doesn’t scare you and actually makes you excited, though, then you might be just what the field needs. There is a lot left to explore in that sector right now, and if you want to get started, then aiming for a master’s degree is definitely one of the best ways to go about doing so. From then on, the path starts to vary quite a lot from person to person, but having some clearly defined goals from early on can make it very easy to figure out where to go next. And remember, the most important thing in progressing in this field is to never stop learning. Explore as much as you can, sign up for regular editions, and do a lot of solid networking.