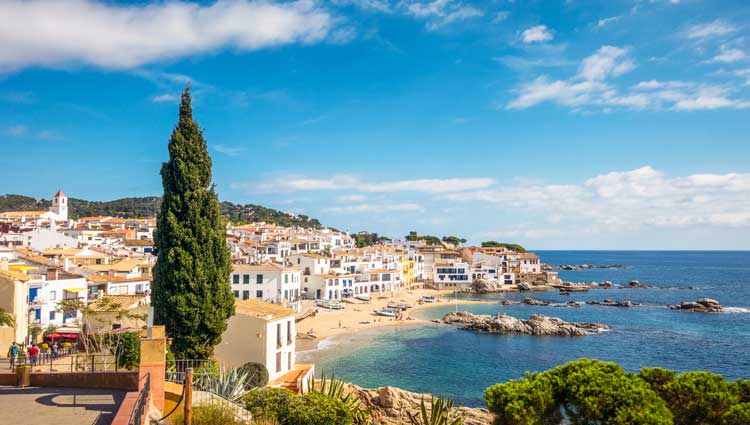 Have you been dreaming of retiring to Portugal? Here are 3 great places to put down new roots in this beautiful coastal country.

As the nation’s capital, Lisbon is probably Portugal’s most well-known city. It’s full of historical attractions like the Castelo de São Jorge, which was established in 200 BC, yet it’s also known for modern draws like cafés, galleries and boutiques. The various neighborhoods of the city range from lively to cozy, with most areas easily accessible via the city’s public transportation.

Summers in Lisbon are warm and dry, while the winters are typically mild. While not directly on the coast, Lisbon is close to several beautiful beaches. Keep in mind that although housing prices are lower in Lisbon than in most major U.S. cities, you’ll pay more to live in the heart of the city.

Approximately 3 hours north of Lisbon by train, Porto is Portugal’s second-largest city. Like Lisbon, it features a wonderful mix of old architecture and modern comforts. Porto sits in the Douro region, famed for producing the port wine named for the city. It’s a relatively easy trip to visit the vineyards and sample port right from the source. If you’re more inclined to imbibe near home, Porto has a vibrant nightlife scene.

While temperatures are a bit chillier than in Lisbon they are still mild by most standards, with summer usually topping out at 80 degrees and winter highs around 57 degrees. For housing, the center of Porto can be on the pricy side, but if you are buying real estate in Portugal you’ll find the outskirts of both Porto and Lisbon more affordable.

For a completely different feel from Portugal’s bustling cities, you may consider a move to the Algarve. This southernmost region of the country is dotted with spectacular beaches, which draw hundreds of thousands of European vacationers each summer. It’s an ideal area for those who love outdoor activities, whether you favor water sports, golfing, biking or bird watching.

As you might expect of a region so popular with tourists, the Algarve has wonderful spring and summer temperatures. While living on the coast has its obvious appeals, be mindful that the Algarve’s popularity does drive up housing prices.

Although these 3 areas barely scratch the surface, it’s easy to see why Portugal is becoming a popular retirement destination. From busy cities to beautiful coastlines, Portugal is likely to have a spot that’s just right for you.