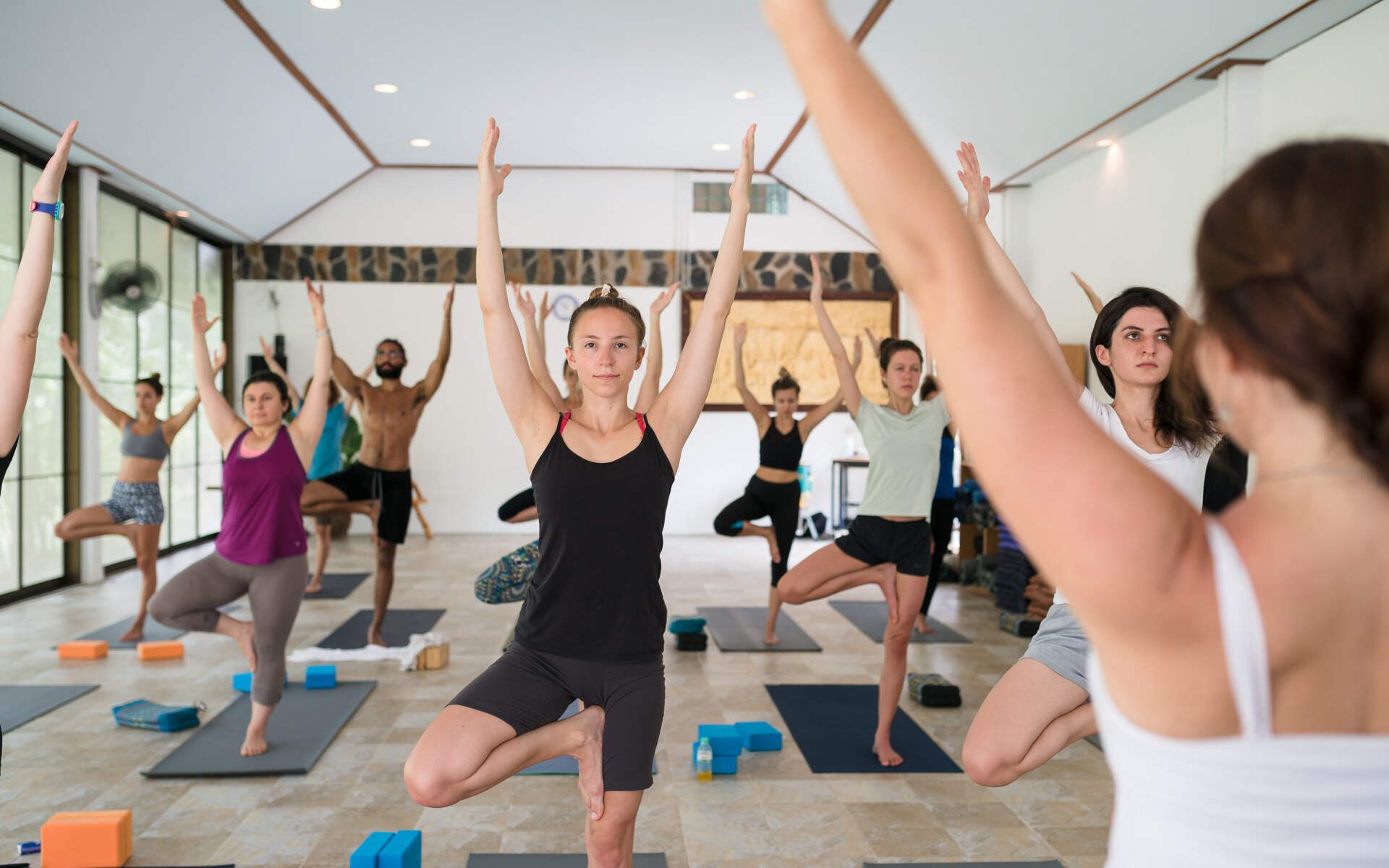 Often times, when many people hear the word, “yoga,” they often associate it with negative ideas. Yoga is an ancient practice that comes from ancient India and was later brought into the Western world. There are various types of yoga; the most popular type is Hatha yoga. Not only are there a lot of “false-truths” about yoga, but there are also many benefits. So let’s nix the common misconceptions about this ancient practice:

1. Yoga is only for women; I won’t get a good workout

FALSE: Yoga is a practice commonly enjoyed by men and women, young and old. If you ever go to a yoga class you will see that there will most likely be both men and women participating. There will never be a sign on the door that says, “no men allowed,” unless of course, the class is specialized only for women.
BikramYoga.com

Often times, people think that yoga will not allow them to get a powerful workout. In reality, yoga is a practice of tranquillity and strength building. When you hold the yoga postures or asanas, this forces your muscles to build strength in order to hold the pose. Your body also experiences relaxation through the diaphragmatic breathing used in yoga. And of course, by practising yoga you can achieve an improved breathing capacity.

2. Yoga is not for me; it’s a religious practice

FALSE: Yoga does not have to be a religious practice. Although it is associated with some religions such as Hinduism and Buddhism, you do not have to have those same beliefs to practice yoga.

TRUTH: Yoga is a meditation of the heart and mind.

If performed properly, yoga syncs the motions of the body with diaphragmatic breathing, allowing the mind to focus or meditate and the heart to strengthen. Most of the time, yoga instructors will not push their own beliefs on their class. So if you are spiritual or religious you can implement your own beliefs into your yoga class or just simply enjoy the peaceful meditation.

3. I’m not flexible enough to do yoga

FALSE: You do not have to be as flexible as an Olympic gymnast to practice yoga. Yes, some poses may require a little more flexibility than others, but the key is to do the best you can for your body.

If you perform yoga long enough, over time you will see your flexibility improve, as well as your endurance to hold poses stronger and longer.

4. Yoga is not for me; I have Arthritis

FALSE: Just because you have Arthritis (or any type of other diminutive condition) does not mean you can’t practice yoga. Yes, Arthritis is a very serious condition and should be treated properly.
arthritis

TRUTH: There are many yoga routines specialized for people with Arthritis.

Yoga should be your own experience to fit your own body. So if you have arthritis in your knee, it is safe to suggest that you don’t perform poses that involve overextending knee joint. However, there are many other alternative moves you can do to take the pressure off your problem areas. As yoga helps to strengthen the muscles, it will make your body stronger as a whole. Ask your instructor for more advice if you have a serious condition.

5. I’m not advanced enough to do Yoga

FALSE: You do not have to be at an advanced level to perform yoga.

TRUTH: Yoga can be performed at any level of intensity.

From the beginning stages to the expert level, yoga is for everyone. The key is to do what feels the best for your body (as mentioned above). If something doesn’t feel right in a particular yoga posture, then you may be doing something wrong or overdoing it. Yoga performed without the proper form can result in injury, so be sure to consult with a professional yoga instructor. And remember: listen to your body; it will tell you if something is not right!