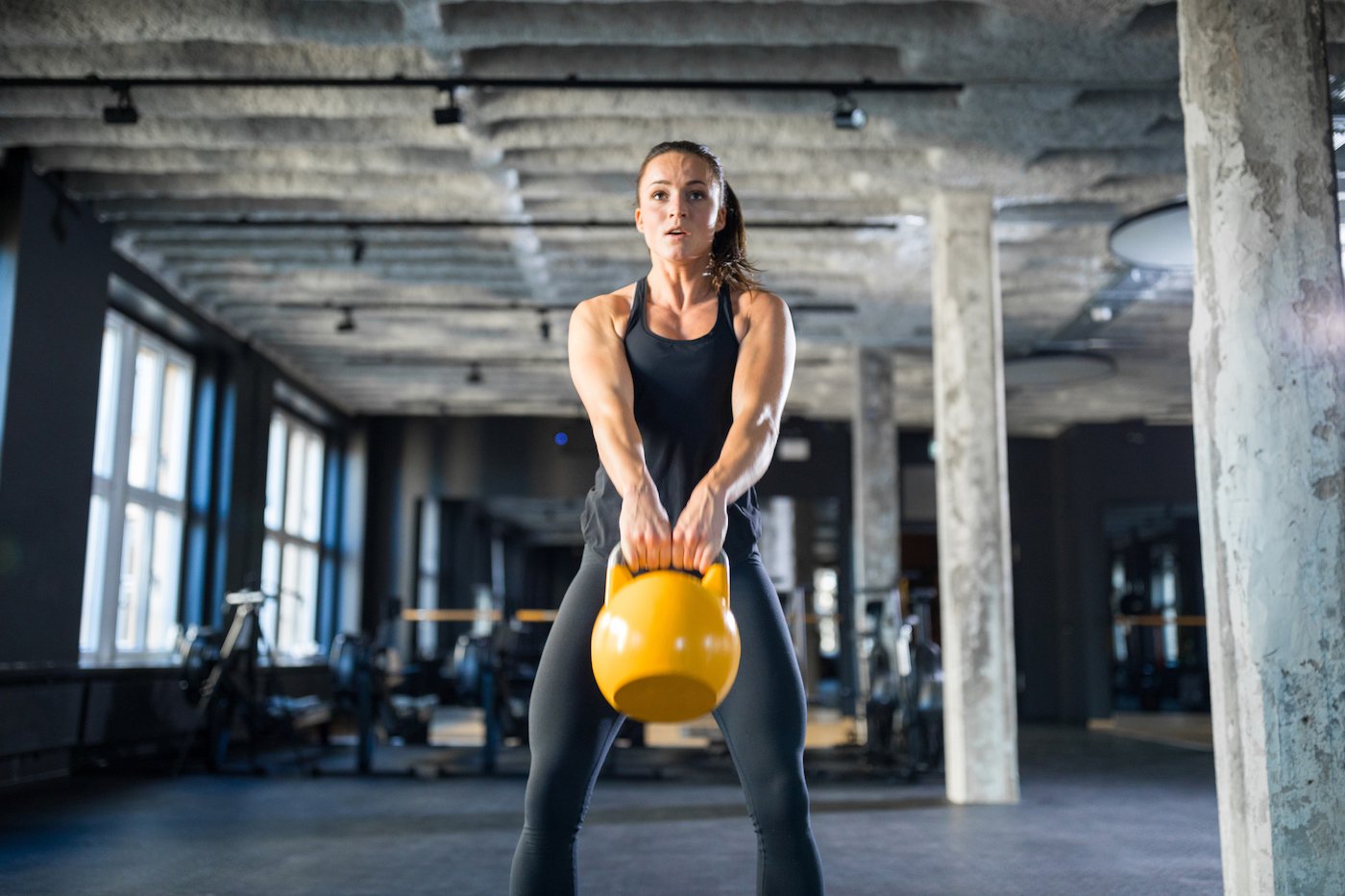 As I entered my local gym the other day, I took notice of the people around me and realized that about ninety-percent of them were simply going through the motions. Day in and day out they trudge into the gym, do what they need to do as quickly as possible, and get the hell out of there. Most of them were listening to their iPods or watching T.V., others were talking on the phone or reading! Whatever they were doing, it was clear that they weren’t having fun, and why should they? Working out isn’t supposed to be fun, it’s supposed to be work. That’s why it’s called working out, right?

My personal philosophy is that life’s too short not to enjoy everything, at least a little bit. Yes, going to the gym and taking care of your body is hard work, but that doesn’t mean you can’t enjoy it. Picture yourself in a gym that’s not stylish or modern. There are no T.V.s, no juice bars, and very few machines. Instead, it’s filled with truck tires and sledgehammers. Ropes hang from the ceiling and pull-up bars adorn the walls. Men and women, drenched in sweat, throw weight around like gorillas during mating season, and those that aren’t lifting are cheering their fellow compatriots on. This is a CrossFit gym.

CrossFit isn’t new – it’s been around for over a decade now – but in recent years it’s seen a meteoric rise in popularity. The concept (developed by strength coach, Greg Glassman) is simple enough; combine a variety of exercises into one kick-ass workout routine that focuses on overall fitness above all else. CrossFit wasn’t designed to make you look good (don’t worry, you’ll still get rock hard abs and a tasty tush if you do this right) it was designed to make you a one-man – or woman – wrecking crew. You’ll increase your strength as well as your endurance, and you’ll have a pretty good time doing it.

The community aspect of CrossFit is where the fun comes in. Each day, a Workout-of-the-Day (WOD) is posted on one of several different CrossFit websites. CrossFit enthusiasts head to one of the over 5,000 different gyms dedicated to the sport (yes, it’s considered a sport) and perform the WOD, keeping track of the weight used and the time it took to complete. Results are posted online, and just like that, you’re competing with thousands of people all over the world each time you work out!

A few years back, Reebok and CrossFit teamed up to take the competitive aspect of CrossFit to a whole new level by introducing the CrossFit Games, in which contestants from around the world compete for the title of “Fittest Man” and “Fittest Woman” on Earth. One of these competitors – Dave Foster, CrossFit enthusiast and all-around nice guy – was gracious enough to answer a few questions about the sport and give us his unique perspective on why CrossFit is becoming so popular

Adam: When did you first get involved in CrossFit?

Dave: I started CrossFit in July of 2009 while on deployment. My strength and conditioning coach in college recommended CrossFit for workout suggestions. After a few months of trial and experimenting, I decided to follow the programming of the CrossFit main page in July.

Adam: Why, do you think, is CrossFit becoming so popular?

Dave: I believe the vast majority of the success of CrossFit can be attributed to the community of individuals. The founder of CrossFit, Greg Glassman, has referred to CrossFit as a community of fitness practitioners. This community consists of a great group of people. We are positive, encouraging, and forward-thinking. We thrive on a challenge and strive to become better. Those that join a local CrossFit affiliate are intrigued by the workouts and stay for the community.

Adam: How can I get involved in CrossFit?

Dave: Anyone can get involved in CrossFit through anyone of their local affiliates. Drop-in on a class to see what the hype is all about.

Adam: Is there any risk associated with CrossFit?

Dave: Absolutely, there is a risk. You’ll find the same kind of risk in CrossFit that you’d find in many other similar recreational fitness outlets.

Adam: What is your favorite CrossFit activity?

Dave: Two of my favorite CrossFit exercises are the clean and jerk, and muscle up. As far as training activities, I like doing partner and team workouts. There, you really get to experience the camaraderie of the sport.

Adam: What is your least favorite?

Adam: What kind of shape should I be in before attempting CrossFit?

Dave: The only prerequisite is to be opened minded and mentally prepared for a challenge.

Adam: How competitive is CrossFit?

Dave: CrossFit is as competitive as the athlete chooses to make it. Whether they want to compete against themselves, others in the class, or against the best in the world there’s a stage for that level of competition.

Adam: What age groups get involved in CrossFit?

Dave: There are groups of CrossFit for kids through senior citizens.

Adam: How long do you plan on competing in CrossFit?

Dave: That’s a tough question. Life is full of uncertainty. At this point in time, only a very small number of athletes make money off competing. That being said, competing for means sacrificing a significant portion of your life. Competing will happen as long as the opportunity and motivation for that sacrifice exist.

Adam: What do you think the future holds for CrossFit?

If you’d like to learn more about CrossFit or find a gym near you, check out the links posted below.