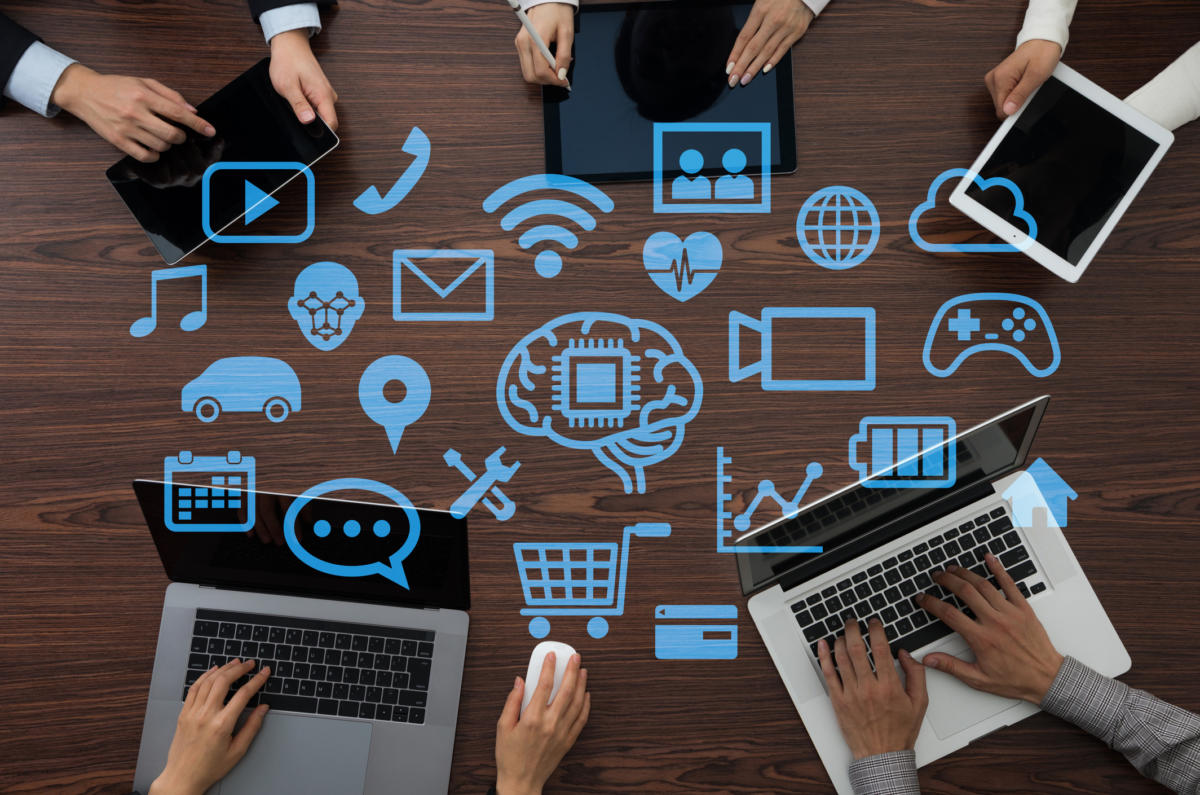 What is an IoT Platform?

The Internet of Things (IoT) may be defined as a system of inter-connected computing devices, having unique digital identities, which can transfer data over the network without requiring interaction. IoT Platforms are the underlying software that facilitates communication, data flow, device management, and the functionality of applications that form a part of the IoT.

Components of an IoT Platform

Just like any other network based system, the IoT Platform also consists of various components that provide its functionality. These are explained below:

• Device Management: This component ensures that all connected components are working properly. It also seamlessly applies software patches and updates for applications running on the device or edge gateways.

• Database: The scalability of data storage devices enhances the capabilities of hybrid cloud-based databases to a new level in terms of data volume, variety, velocity, and veracity.

• Processing & Action Management: This component enhances the usability of data with rule-based event-action-triggers, thereby enabling the use of sensor data for the execution of “smart” actions.

• Analytics: This critical component performs a range of complex analysis, from basic data clustering and deep machine learning to predictive analytics, thereby extracting the most value from the data-stream of the IoT system.

• External Interfaces: These are components that have built-in application programming interfaces (API), software development kits (SDK), and gateways to integrate with 3rd-party systems and the rest of the wider IT-ecosystem.

What Does an IoT Platform Do?

An IoT platform basically acts as an interconnect between various types of hardware, such as sensors and devices. For this they have built-in tools to handle a variety of hardware and software communication protocols. They also provide security and authentication for devices and users and collect, visualize, and analyze data gathered by the sensors and devices. The sensors connected to such platforms provide alerts to trigger actions by the other devices connected to the system. Thus data acquisition and transfer are the key functionalities executed by these systems. In brief, IoT platforms carry out the following functions :

IoT platforms are of various types depending on their role and function. These are elaborated below:

• IaaS Back-ends. Infrastructure-as-a-Service (IaaS) back-ends provide the space and the processing power for hosting various applications and services. Though initially optimized for the desktop and mobile-based applications, these back-ends are now focusing on the IoT.

• Hardware-specific Software Platforms. Some of the companies that offer IoT devices have setup their own proprietary software back-end, which they refer to as an IoT Platform. Since these platforms are not open to anyone else on the market, essentially making them closed platforms, there is a debate whether they should be considered as IoT Platforms.

• Consumer/Enterprise Software Extensions. Some enterprise software packages and operating systems, that are currently popular with users, such as Microsoft Windows 10, are increasingly allowing the integration of IoT devices. However, these extensions are currently not advanced enough to classify as a full IoT Platforms, though they may attain that capability soon.

• Connectivity/M2M Platforms. These types of platforms specialize in the connectivity of connected IoT devices over the telecommunication networks. SIM cards are an example of such devices. However, they are not focused on processing and enrichment of different sets of sensor data.

Here is a list of some of the most popular IoTplatforms available today:

With the proliferation of cloud infrastructure and IoT infrastructure, IoT platforms have evolved to enhance the service offerings in the digital world. A rough estimate puts the number of IoT platforms today at more than 300! Each platform is attempting to capitalize on the immense potential of the IoT and become the best IoT platform in the world. This quest for technological and market dominance will lead to the emergence of new technologies and expand the horizons of the data universe.