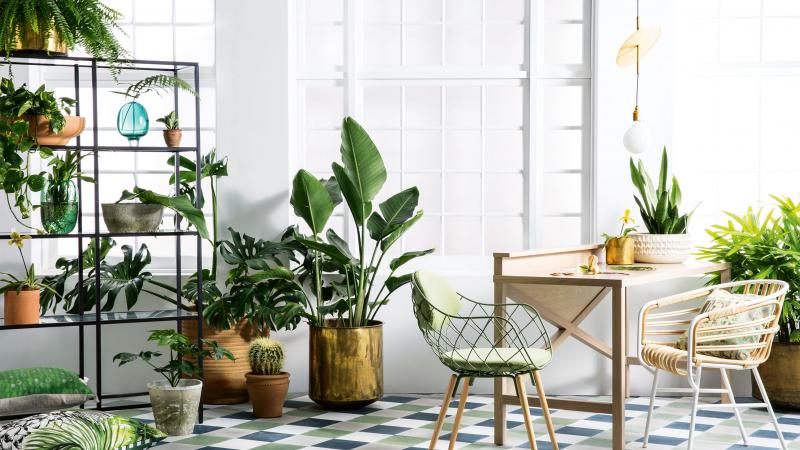 Also known as Scindapsusaureus, orEpipremnumaureum, money plant is a traditional fengshui plant popular amongst the Asians believed to invite prosperity and good luck. However, the catchy name given to the plant is not because it fills the bank account but because of its round, plump, flat leaves that resemble a coin.

There are various myths associated with the plant in the Chinese and Indian folklore. It is believed that a farmer in Taiwan found this unusual plant, dug it out and carried it home. The plant matured without much care and multiped within a short span of time. The poor farmer started to sell the plant and gained enough financial stability. He later, accredited the plant for the blessing and thus, called it a money plant. According to Chinese fengshui and Hindu VastuShastra, arranging the plant in a particular direction and putting it at a certain place amplifies its benefits.

However, it is all about the energy or Vastu of the plant. And money plant is a common household plant that carries good energy. Not just this, money plant has several other benefits too. Read below why you should have a money plant at home.

According to NASA Clean Air Study, money plants and other indoor plants are effective in removing air pollutants like formaldehyde, benzene, carbon monoxide, xylene, and toluene. As per the National Toxicology Program, formaldehyde are severe pollutants and are quoted as ‘‘reasonably anticipated to be a human carcinogen.” It is released by household products like some types of foam insulation, certain paints, pressed woods, paper products, and varnishes. An interesting fact about money plant is that it continues to produce oxygen at night unlike other plants that switch to producing carbon dioxide during night time.

Money plant is not just a visual beauty but also helps reduce anxiety, stress, mental disorders. Money plant is recommended to keep the plant in the south east corner of the home and prefer a temperature between 15°C to 30° C. Explore well and buy only healthy money plant that has no root rot or other indoor plants from FlowerAura or your reliable vendor for the maximum effect as wilted, dry and unhealthy plants react opposite to the space they are kept in and might not contribute in any sense. Money plants should be kept in front of a sharp corner or angle in a green or blue vase or bottle to activate positive energy.

Keeping the money plant near computer, television or wifi router aids in absorption of harmful digital radiations from home and keep the house naturally fresh. Anything that is slightly conductive, that is with water in it, will absorb radiation. So, money plant is effective and beneficial. Note that radiation travels in straight lines. So, do not place other items between the plant and the source.

Money plants have several health benefits that have already been proven. However, regardless of the specific reason, it is always amazing to have greens around and give a natural touch to your indoors or office space. Considering money plant is an easy care plant, it is amazing for beginners as well.